Ten years ago Venezuelan network Venevision broadcast the first episode of telenovela Cosita Rica (Sep. 30, 2003-Aug 30, 2004). This melodrama presented a mix of romance, realism, humor, and political and sociocultural commentary that included characters allegorical to real political figures. The character of Olegario Pérez, in particular, was an opposition-tinted metaphor of then President Hugo Chávez. The telenovela was a huge success while it paralleled the rocky road Venezuelans traveled towards the Presidential recall referendum of August 15, 2004. Cosita Rica won the ratings war against rival network RCTV’s telenovelas, giving Venevision the top billing that had eluded it for more than two years. Today, however, it is impossible to produce and broadcast a telenovela like Cosita Rica in Venezuela. In the last decade, the nation’s legal framework, media landscape, television and telenovela industries have changed in important ways.

Back in 2003 media content in Venezuela was deeply polarized. Privately-owned media were staunchly critical of Chávez’s government, and government-controlled outlets had the unmistakable aroma of propaganda. Chávez imposed his presence on the airwaves through cadenas (mandatory broadcasts in all television and radio stations), attacking private media in long-winded speeches. It was in this media environment that author Leonardo Padrón wrote Cosita Rica with a thesis in mind: “to analyze power and its miseries, and to write about the possible reconciliation of both sides of the political spectrum.” The audience responded by watching massively, regardless of their own political position. (More about the writing, production and reception of Cosita Rica here: 1, 2, 3, 4).

In March 2005, seven months after Cosita Rica’s final episode aired, the Ley de Responsabilidad Social en Radio y Televisión (Law of Social Responsibility for Radio and Television, known for its acronym as "Ley Resorte") went into effect. This media content law imposed severe penalties on media outlets that did not comply with content regulations, and included strict rules regarding language and storylines in the primetime slots traditionally allotted to telenovelas. 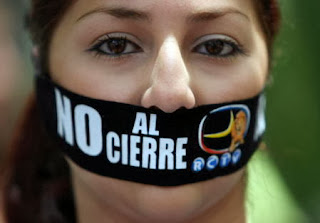 Two years later, in May 2007, network RCTV went off the air when its license expired and the government refused to renew it. It was substituted by government network TVES. The closing of RCTV signaled the end of an era that defined Venezuelan television for 50 years: the competition between RCTV and Venevision. Now, the telenovela industry had lost one of its two main producers, and the country had lost an emblematic media outlet. The message to the remaining ones was unmistakable. The writing was on the wall.


To be sure, Venevision had already changed its overt political stance. The network’s transition began in the summer of 2004, during the last two months of Cosita Rica. First, it complied with a government request about the timing of episodes that mirrored the presidential referendum. Second, the network set up a self-censorship system in which the legal department carefully checked the telenovela’s scripts. During Cosita Rica’s last month, Leonardo Padrón had to re-write several dialogues and situations, and some scenes had to be re-taped.

These developments were preceded by two significant events. First, the government raided a house, belonging to the Cisneros Group (owners of Venevision) and located across the street from the network, and reported finding weapons and “insurrection materials.” Víctor Ferreres, then president of the network, adamantly denied the presence of armament in the house, and suggested that these may have been “planted” as part of “an effort by the government to discredit Mr. Cisneros”. A few days later, Gustavo Cisneros, head of the Cisneros Group, met with Chávez in an unannounced meeting mediated by former U.S. President Jimmy Carter (“Carter reunió a Chávez y a Cisneros”. 2004, Junio 19. El Nacional, p. A/8). After that, Venevision implemented the self-censorship system described above, and began moderating its political line. A few months later, the network’s content could hardly be described as oppositional.

Meanwhile, network Televen also toned down its political content. Given RCTV’s absence, this network, that had always imported its telenovelas, became Venevision’s closest competitor and began plans to produce its own serialized melodramas.

Today, Venezuelan television content cannot be estimated exclusively from ownership patterns. A mix of content regulation laws, self-censorship as a survival strategy, and buyouts of media conglomerates by groups with close ties to the government have significantly reduced spaces for dissident voices.

The country’s telenovela industry, once considered one of the most important in the world, is now severely weakened. The absence of RCTV sliced it in half, literally, dramatically reducing the number of jobs associated to it. Since then, we have observed a steady diaspora of Venezuelan talent that further debilitates the local telenovela and strengthens television made in Colombia, Mexico and Miami.

On the economic side, exchange controls difficult updating equipment and the necessary training of technical crews. Investment in telenovelas has decreased considerably while Venevision and Televen navigate the political situation and look for the magic wand that will return the Venezuelan telenovela to its elusive past splendor.

Meanwhile, the output and presence of the national telenovela industry is significantly smaller. Ten years ago, Venevision and RCTV each produced 4-6 telenovelas every year. Their primetime featured only Venezuelan made telenovelas. In contrast, this year Venevision produced three shows: a co-produced police thriller and two telenovelas. Only one of those has seen the air: De todas maneras Rosa. Televen, along with Telemundo (USA) and Cadena Tres (Mexico) co-produced two telenovelas: One was broadcast October, 2012-April 2013; the other is in its initial production phase. The rest of the programming grid of both networks has been filled with imported telenovelas from Colombia, Mexico and Telemundo. Even Korean dramas begin to have a presence on the Venezuelan television screens. Government network TVES, currently airing a Brazilian telenovela on primetime, is slated to broadcast independent production Guerreras y Centauros. (It must be noted that TVES two previous telenovelas had dismal ratings and reviews).

Co-productions that use Venezuelan know-how and/or RCTV’s idle studios seem to be the new norm. These telenovelas rarely have Venezuelan actors in protagonist roles and require the so-called acento neutro y vocabulario universal, “neutral” accent and “universal” vocabulary that can be closer to Mexico or Colombia than to Venezuela. Hence, in these telenovelas, Venezuelan actors sound non-Venezuelan. It is a pattern that we have also seen in co-productions that involve Televen and even in some telenovelas solely produced by Venevision.

More importantly, the straightjacket of the Ley Resorte, plus the fear of survival turned into self-censorship, result in bland storylines that contrast with the more contemporary and daring plots produced abroad.

The consequences of all of the above are seen both in the international market, where Venezuelan telenovelas are not faring well, and in the domestic arena, where the disenchantment of viewers is evidenced in ratings and shares, that are quite different from ten years ago, when Cosita Rica was on the air, and that favor cable options:

The contrasts in these numbers are obvious and show the impact of the political developments and economic policy on Venezuelan television and its traditional backbone: the telenovela.

But, as Cosita Rica and many other telenovelas around the continent have shown (Por estas calles, Roque Santeiro, Nada Personal, La Mujer Perfecta, etc.), the genre is not merely a commercial endeavor; it is also an epicenter where media, culture and society display their inextricable links. Telenovelas can be a mirror where the social formation looks at itself, and a discursive space where meanings are contested and negotiated. As the Venezuelan telenovela weakens, erasures occur (of local stories, characters, vocabulary and accent) and a discussion locus that is embedded in everyday life disappears.

Maybe the latter is the reason why the Venezuelan government has made sure that no telenovela like Cosita Rica will be written, produced or broadcast in Venezuela again. This could also be the motive behind President Nicolás Maduro’s announcement that the government will create a center for the production of telenovelas.  To close the space for debate. To dominate both the agenda and the discourse. Those are the government's objectives. 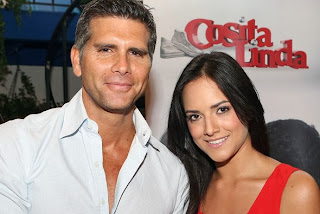 Posted by Dr. Carolina Acosta-Alzuru at 3:01 PM No comments: